Intrusion detection and prevention system services are, simply put, security systems that monitor all traffic to and from your network and then raise an alert if it detects suspicious activity. Whereas, Intrusion detection solutions are also the security systems that observe all traffic moving within your network and responsibly warn if any suspicious activity is detected.

But wait—doesn’t that sound exactly the same as an intrusion prevention solution? Well, the difference between these two services is a matter of timing.

An intrusion detection solution would only raise an alert once some malicious activity has occurred—it’s a bit like a home alarm system that sounds when someone breaks into your house. On the other hand, an intrusion prevention solution would block certain types of suspicious or malicious traffic before it enters your network—it’s more like a home alarm system that automatically locks all the doors whenever you arm it.

What is a Good Intrusion Detection System?

Is IDS the one that prevents intrusion? Or one that detects the intruders?

We’ve all been there working late when you hear a strange noise outside your office. You walk out to investigate and find yourself face-to-face with an intruder. What do you do? The answer: use your phone to call a trusted friend or family member and ask them to call 9-1-1.

If the intruder has already broken into your office, you should immediately dial 9-1-1 for help! This is an example of an intrusion detection solution. It detects intruders before they enter your office by having someone call 9-1-1 if they see someone suspicious lurking outside who shouldn’t be there (or inside).

This type of service works best when there are no other employees in the building because it allows you to focus on what’s important – keeping everyone safe from harm. This solution isn’t perfect, though: sometimes, even though our systems detect intruders before they break into our offices.

Rivalime provides comprehensive intrusion detection and prevention system services, so you can rest assured that your business is secure.

What happens when an Intruder Gets into your System?

Well, an intrusion detection solution can help you identify if there’s any suspicious activity on your network by using several different criteria. It will alert you to any abnormalities and allow you to take action against the intruder. But what happens when an intruder actually gets into your system? An intrusion prevention solution detects intrusions and then stops them before they can do any damage. It basically says, “Hey! You’re not allowed in here!” to the intruders and keeps them from getting past security.

What is an Intrusion Detection Solution in Network Systems? 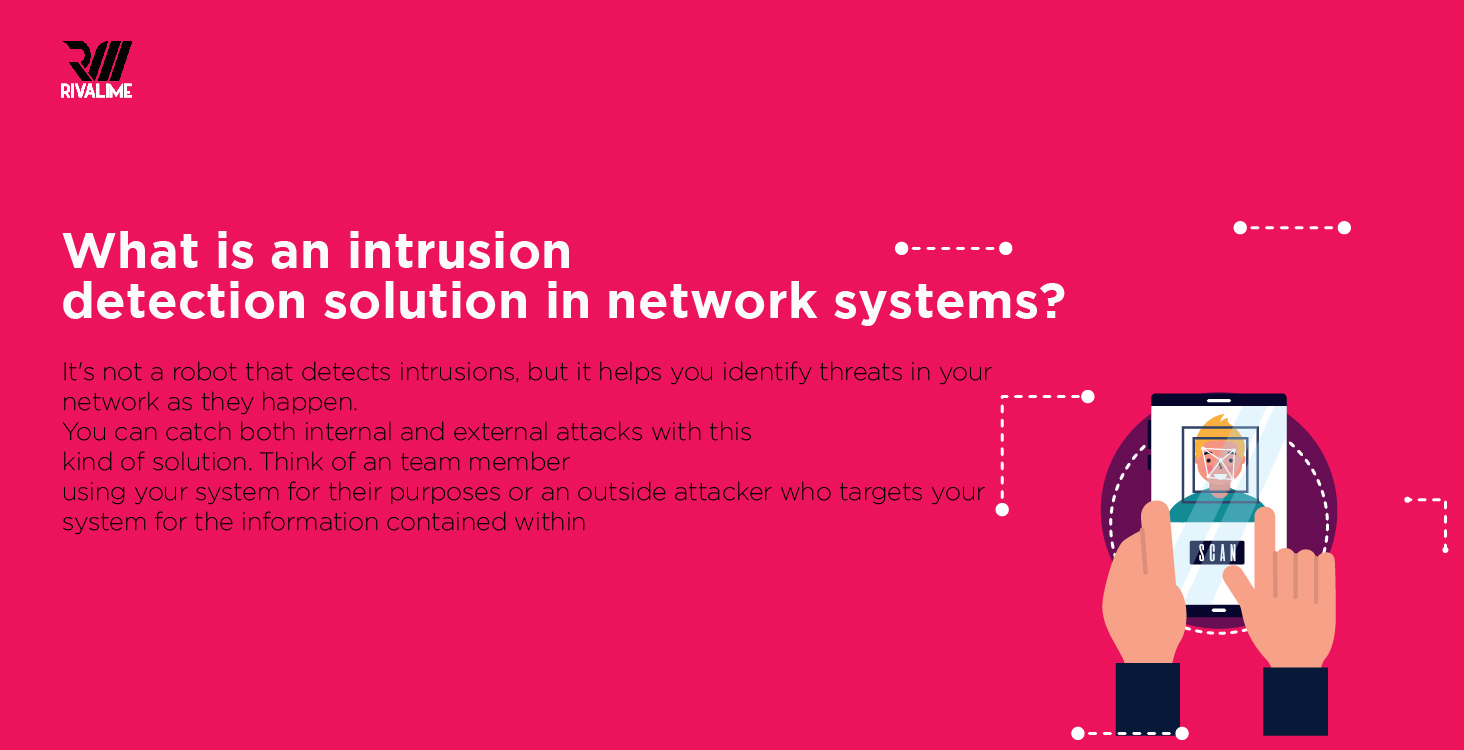 It’s not a robot that detects intrusions, but it helps you identify threats in your network as they happen. You can catch both internal and external attacks with this kind of solution. Think of an team member using your system for their purposes or an outside attacker who targets your system for the information contained within.

Sometimes, it may seem like the only difference is in their names, but a few key distinctions set these two types of security software apart. To understand what they are and how they differ, we need to start by looking at what they have in common.

Both systems work together to protect your computer infrastructure from being breached by outside attacks—whether those attacks are coming from viruses, hackers, malware, or any other type of threat. They also both monitor traffic that’s coming from devices on your network (such as printers, laptops, desktops), servers and other infrastructure components.

As for the differences between IDS and IPS

-An intrusion detection system will alert you when a threat has been detected.

-An intrusion prevention system will prevent threats before they happen.

Intrusion prevention systems are typically more costly than intrusion detection systems because they use more resources, but you get better protection in return.

While intrusion detection systems can cost anywhere from $100,000 to over $1 million, depending on the number of employees who will be using them regularly, IPSs usually range between $50K – $200K per year.

In short, IDS is your security guard with a clipboard, and IPS is that guard with the gun. IDS works by attempting to detect any malicious activity or threats on your network, whereas IPS actively prevents it from happening.

So if you’re looking for a way to monitor your network for signs of trouble, IDS is probably your best bet. But if you want to actively stop the intrusion before it happens, IPS is ideal.